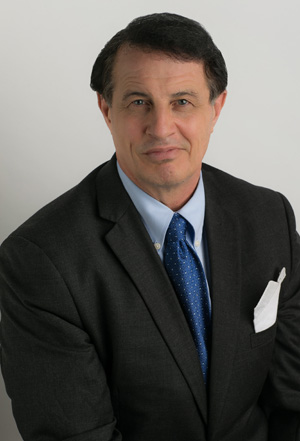 Bill Hadden joined Rains Lucia Stern St. Phalle & Silver in 2017. For over a quarter century, Bill has handled high profile criminal and administrative cases. He successfully defended police officers involved in the Tyisha Miller shooting in Riverside and was part of the defense team which obtained an acquittal in the case of People v. Ivory Webb (a San Bernardino County deputy sheriff charged with attempted voluntary manslaughter for the on-duty shooting of airman on leave from Iraq). Both cases generated international publicity and intense media scrutiny. Most recently, he successfully defended two public safety officers against allegations of gross vehicular manslaughter and a Santa Barbara County deputy against federal and state charges of excessive force. Bill has represented countless public safety members in all phases of litigation and frequently lectures and writes about prominent legal issues pertaining to them.

Bill grew up on the east coast and graduated with honors from Boston University. After traveling around the country on his motorcycle, he landed in the friendlier climate of Southern California. He started worked as a union official responsible for the daily grievances of hundreds of employees while simultaneously attending Loyola Law School, where he focused on criminal and labor law.

Bill is married with two children and spends his free time exploring the mysteries of teenage behavior. Most of the other members of the firm do not hold his NY Yankees allegiance against him and his knowledge of baseball trivia is staggering, although utterly useless.

Bill is licensed to practice in all California state courts, the U.S. District Court for the Central District of California, and the Ninth Circuit Court of Appeals.