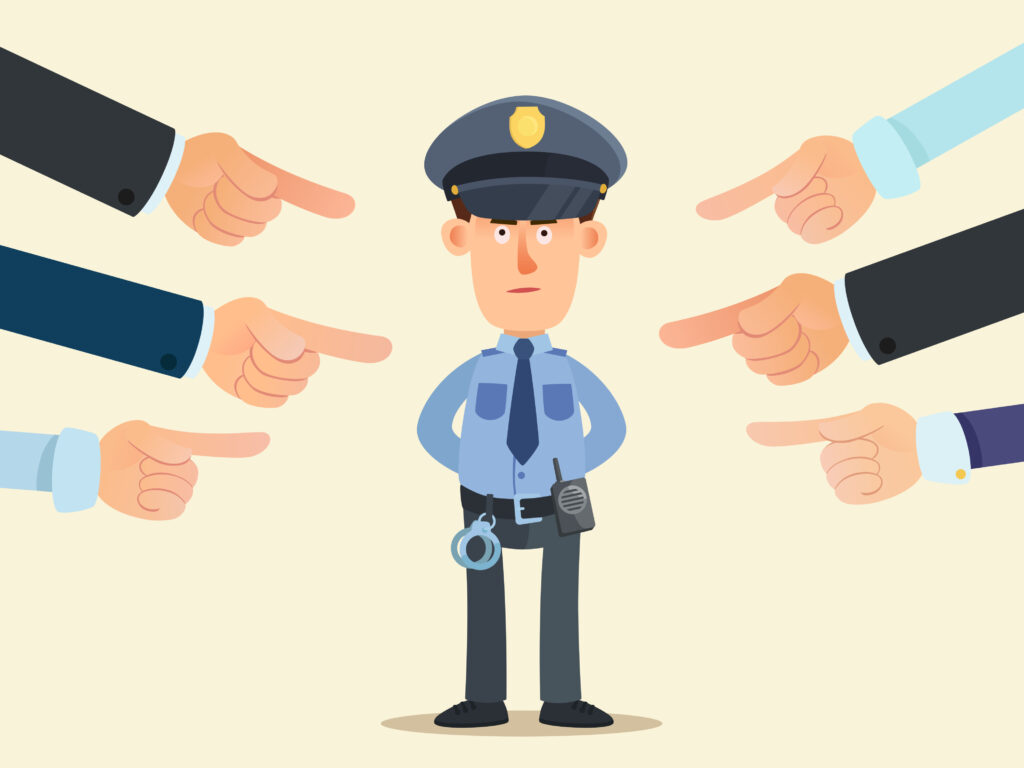 When the Rolling Stones sang "all the cops are criminals and all the sinners saints" in their cynical and subversive hit "Sympathy for the Devil," they may have assumed 1968 would be remembered as the nadir of social chaos. After all, by the (relatively) more tranquil 1980s, Jagger and Richards were penning superficial pop ditties like "Start Me Up" and "She's So Cold."

But with the recent combination of high-profile use of force incidents, the social backlash and unrest those incidents precipitated, along with the election of a slew of "progressive" prosecutors who openly view cops with suspicion and criminals with solicitude, the immediate future threatens to turn the Stones' dark vision into dystopian reality.

San Francisco and Los Angeles, traditional rivals in everything from football to water rights, have seemingly entered a new competition: who has the worst district attorney?

Our guy here in S.F., Chesa Boudin, is a genuine ideologue, a true believer. Boudin's parents were members of the Weather Underground, an infamous domestic terrorist organization whose affiliates were once ranked high on the FBI's Most Wanted list. They were eventually convicted of killing, among others, two police officers in the course of an armored car robbery. During their imprisonment, when Boudin was still a minor, he was raised by Bill Ayers and Bernadine Dohrn, themselves notable figures in the pantheon of 1960s militancy, a defining feature of which was hostility to law enforcement in both theory and action. Nursed on such toxic ideas, and having already imported their precepts into his prosecutorial actions, it is clear to close observers that Boudin's aggressive animus towards the police is sincere and not merely politically expedient, and thus is unlikely to abate short of his removal from public office.

The L.A. district attorney, George Gascon, on the other hand, is pursuing a similar anti-law enforcement agenda despite a personal background that is the antithesis of Boudin's. He is an ex-cop and ex-Republican who appears to be driven by greed and blind ambition rather than explicit ideology.

With Boudin and Gascon setting the pace, a new practice of facilely charging peace officers with crimes - for merely doing their best under difficult circumstances - has begun across California. This frightening trend has not been limited to district attorneys overtly sympathetic to criminal defendants. Jurisdictions previously known for respecting the rule of law and due process have also filed charges against police officers that are short on evidence and long on politics - their thinking being, apparently, that they can satisfy the outrage warriors with a few "sacrifices tossed into the volcano."

Regardless of the venue, some objective trends have emerged. The myth of rogue cops attacking innocent people for no reason isn't supported by the facts. Without exception, the officers who are being prosecuted were responding to pleas for help from citizens - you know, doing their jobs.

Boudin, for example, in a spasm of recent filings has charged cops in three separate incidents. In each situation, the officers were defending themselves against attack while responding to an in-progress felony crime. None of these cases is a close call from any objective perspective. The message from Boudin is clear: any action taken by the police may well result in the officer becoming a criminal defendant.

Gascon has prepared a hit list composed of officer-involved shooting "cold cases." In so doing he has signaled his desire to surpass San Francisco as being the most pro-criminal and anti-safety county in the state.

The other emerging trend, of course, is the related but underreported avalanche of violent crime. "The year 2020 likely saw the largest percentage increase in homicides in American history," according to noted policing expert Heather Mac Donald. Murder was up nearly 37% in a sample of 57 large and medium-size cities. A careful examination of the calendar refutes the convenient assertion that the crime wave is the result of the COVID pandemic.

Common sense and the statistics present a different explanation. De-policing. Is it any surprise that cops are reluctant to engage criminals when the slightest misstep could land them on the other side of the criminal justice system?

With the correlation between persecuting cops and a drastic increase in violent crime being so obvious, one wonders what sort of "progress" the progressive prosecutor movement has in mind. As the Stones suggested, "what's puzzling… is the nature of [the] game."

Nevertheless, this firm accepts the honor and challenge of defending cops targeted as trophy prosecutions during this ill-conceived social experiment.