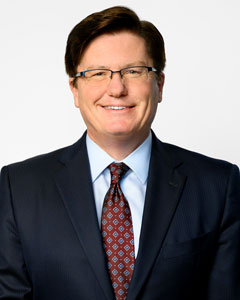 On May 5, 2020, Timothy K. Talbot argued to the State’s highest court for the continued protection of public employees’ pension benefits which existed prior to the Legislature’s enactment of PEPRA. The highly-anticipated pension case, entitled Alameda County Deputy Sheriffs’ Association, et al. v. Alameda County Employees’ Retirement Association, et al., has the potential to impact the pension benefits promised to each public employee across the entire state.

As most of our clients are aware, PEPRA significantly reduced pension benefits for both “future” and “classic” employees, to varying degrees. Following the enactment of PEPRA, numerous pension systems revised their existing policies to exclude particular pay items from the calculation of an employee’s pension benefit. Contra Costa County County’s retirement system excluded vacation sold at termination (“terminal pay”), annual leave cash-outs, and on-call pay, among other items. Importantly, the retirement system excluded these pay items for both “future” and “classic” employees. Pursuant to long-established case law, classic employees have a “vested” right to the continuation of these pension benefits, as set forth in numerous court decisions establishing a doctrine known as the “California Rule.” The “California Rule” states generally that the pension benefits offered and accepted at an employee’s commencement of employment cannot be reduced absent being off-set by a “comparable new advantage.” Additionally, employees in Contra Costa County had been told by both their employers and the retirement system that such pay items would be included in their pension calculation for over a decade. Moreover, employers and employees paid the retirement system pension contributions based on the inclusion of those pay items.

In 2012, on behalf of the Contra Costa County DSA, RLS filed the first lawsuit in the State challenging PEPRA, arguing that the retirement system’s revocation of these benefits for classic employees constituted an unconstitutional impairment of vested pension rights, or at the very least, classic employees should retain these pay items in their pension calculation based on an equitable doctrine called “estoppel,” because excluding such benefits now would be unjust. Similar lawsuits filed on behalf of other public employee unions in Contra Costa and other counties were consolidated with the Contra Costa County DSA’s lawsuit.

Before the Supreme Court, the State argued that such pension cuts are necessary to preserve the fiscal stability of both the state and local governments, that the inclusion of such pay items constituted unlawful “pension spiking” that was never allowable, and therefore, were never “vested.” The State claimed that employees could not have a reasonable expectation to the continuation of these lawful benefits. The State also argued that the Court of Appeal’s allowance of “estoppel” should be overturned because the promises made to employees were made before PEPRA, and that estoppel cannot be used to compel a government agency to violate the law – in this case PEPRA.

In response, in addition to asserting the legality of the inclusion of these existing pay items prior to PEPRA, Tim focused the Court’s attention on the promises made to employees relative to their pension benefits, the long-term nature of those promises, and the unique importance of that promise to every employee who chooses to serve a career in public service. Particularly, Tim pointed out that a public employee’s pension is the primary inducement offered by an employer to attract employees, and that denying employees those benefits now, after public service has been rendered (which cannot be subsequently undone), amounts to an unfair windfall to employers in the form of work provided for less compensation than originally agreed. Put simply, employees entered into a valid contract for specified pension benefits, and provided the work asked of them. Tim cited prior Supreme Court decisions and asserted that changing the compensation owed, after service had been rendered, is unlawful and unjust.

It is not known when the Court will ultimately decide the case. In the meantime, however, our clients and all other public employees should find comfort in the fact that their important interests were well-represented before the highest Court in the State.