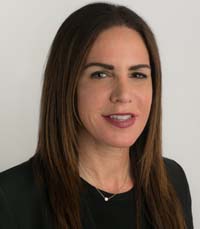 At Rains Lucia Stern St. Phalle & Silver, Elizabeth conducts labor negotiations and prosecutes litigation to enforce and protect the rights of police officers and firefighters. Prior to joining RLS, Elizabeth served as general counsel for the Los Angeles Police Protective League. Her litigation has resulted in expanded rights for public safety employees, including her reported victories in Los Angeles Police Protective League v. City of Los Angeles (2002) 102 Cal. App. 4th 85 and Brown v. City of Los Angeles (2002) 102 Cal. App. 4th 155. She has been selected as an expert regarding the interpretation of Brady v. Maryland by the Peace Officers Research Association or California Legal Defense Fund (PORAC LDF) and has testified in a disciplinary proceeding in that capacity. Elizabeth was instrumental in filing litigation requiring implementation by the District Attorney of proper Brady policies in the counties of Los Angeles and Santa Barbara (Los Angeles Police Protective League v. Gil Garcetti, LASC Case No. BC 240300 and Santa Barbara Deputy Sheriffs’ Association v. Thomas W. Sneddon, SBCSC Case No. 01093039) and in negotiating such policies in San Bernardino and Ventura counties.

Elizabeth has been selected by her peers to be among the Rising Stars featured in Southern California Super Lawyers for the years of 2005, 2006 and 2007. She is licensed to practice in all State courts in California and the United States District Court, Central District.