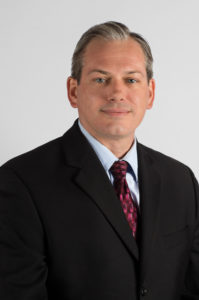 For 15 years, Christopher has represented the City of Hemet Firefighters and Police Bargaining Units, as well as individual employees, in a variety of pension and retirement benefit cases. Additionally, Christopher represented the City of Hemet Coalition of Concerned Citizens in a successful fight to prevent the City from contracting out its fire and emergency response services. Christopher has also represented several Southern California municipalities and counties in certified collective actions under the Fair Labor Standards Act (FLSA), including the San Diego Police Officers Association, Los Angeles Police Protective League and the Costa Mesa Police Officers Association, among others.

Christopher also has a breadth of experience involving complex business litigation. Representative cases include litigation involving a billion-dollar misappropriation of trade secret dispute between two national, commercial banks, and numerous lawsuits on behalf of major insurance companies to expose and prosecute organized fraud rings in a variety of contexts such as medical billing fraud and submission of fraudulent insurance claims for natural catastrophes (hurricanes, wild fires).

Christopher graduated from the University of Toledo (B.A.) and earned his law degree at Georgetown University Law Center.

Christopher is admitted to practice in all California state courts, the United States District Court for the Central and Southern Districts of California and the Ninth Circuit Court of Appeals.