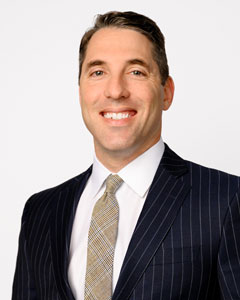 Prior to joining Rains Lucia Stern St. Phalle & Silver, PC, Andrew worked as a prosecutor for over 13 years, during which time he handled virtually every type of criminal matter.

While with Solano County, Andrew worked his way up from a misdemeanor prosecutor, to general felonies and, ultimately, to the major crimes unit. In his major crimes assignment, he handled sexual assault, attempted murder and other shooting incidents, armed robbery, other serious or high-profile cases, and homicides. Andrew has the distinction of being named Solano County’s first ever “Prosecutor of the Year.”

In San Francisco, Andrew spent most of his time in the homicide unit, handling several complex cases. Andrew has extensive trial experience, having individually conducted well over 100 jury trials in his career. He has also written and argued countless motions, conducted many hundreds of preliminary hearings, presented cases to grand juries, handled writs and appeals, represented the State in parole hearings, and presented several trainings to lawyers, law enforcement and criminalists. During his time as a prosecutor, Andrew developed close working relationships with law enforcement throughout Northern California and beyond.

Andrew went to college at The George Washington University in Washington, D.C., where he earned his Bachelor of Arts as a double-major in Philosophy and Journalism. He received his Juris Doctorate from George Mason University School of Law (now known as the Antonin Scalia Law School) in Arlington, Virginia.

Andrew is licensed to practice in all California State Courts.